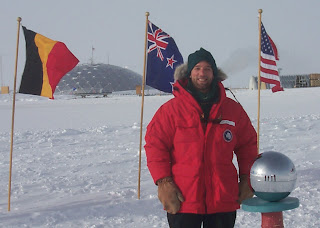 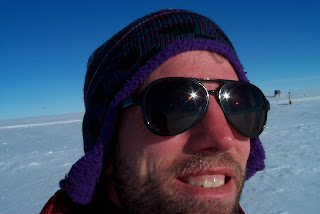 I’ll be leaving for the South Pole on 11/9. I’ve been there many
times before, but not since my first son Henry was born in 2004. This
blog will mostly be a way of keeping in touch with Henry and his
little brother Gilpin.

My route to the Pole goes through Christchurch, New Zealand. The
National Science Foundation (the sponsor of our project at the Pole)
has us stop there for a couple days to get our cold weather gear
before they put us on a flight south to McMurdo station, which is on
the coast of Antarctica basically straight south from New Zealand.

I’ll probably end up staying a night in McMurdo before the 3 hour
flight south to the Pole on a C-130 run by the New York Air National
Guard. (The propeller-driven C-130 is the largest ski-equipped
airplane there is).

All told, ignoring the time changes, it’ll be about 5 days and 4
nights of travel (and sitting still) to get from Cleveland to the
Pole… if the weather cooperates. Keep those fingers crossed!

In the meantime, here are two pictures of me from previous trips down
there… more to follow once I embark!